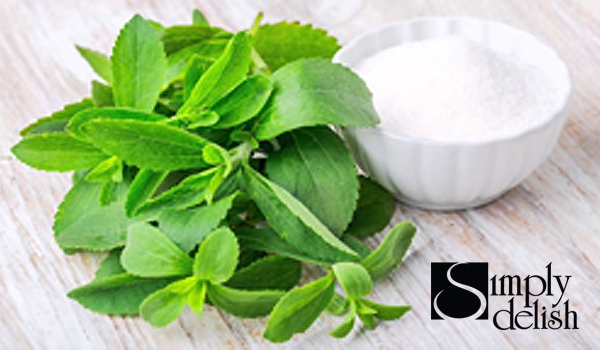 Stevia has a long history as a Natural sweetener. Honey leaf, Caa-ehe, Azuca-caa, Kaa-he-e and Ca-a-yupe are just a few of the names Stevia goes by. Most of these names, in one way or another, draw attention to the sweet, nectar-like flavour of the leaf.

Stevia is a native plant to Paraguay and has been used there for hundreds of years by the Guarai Indians mainly as a sweetener but also as a medicine or snack. The plant is estimated to be 150-300 times sweeter than refined sugar. The stevia leaf also contains various vitamins, namely vitamin A and C, Zinc, Rutin, Magnesium and Iron. In China stevia has been used since 1985.

The natural unrefined state of stevia is as an herb. It is a leaf picked from a stevia plant and when chewed will impart an extremely sweet taste sensation reminiscent of licorice that lasts for quite a while. For stevia to have a more practical application as a tea or sweetener, the leaves must be dried or put through an extraction process, which makes the sweet taste even more potent.

There have been many studies regarding the safety and medicinal use on stevia. A Taiwanese study published in 2002 at Taipei Medical University shows the possibility of use for blood pressure regulation by lowering the blood pressure.

Use in food preparation:

Stevia is a heat stable sweetener and may be used in baking.  Stevia has been used in Japan to sweeten soy sauce, pickles and soft drinks. A drop of stevia can sweeten a large amount of food or liquid.

Stevia has been proven to have many benefits and has been used for many years to sweeten food in a healthier way.