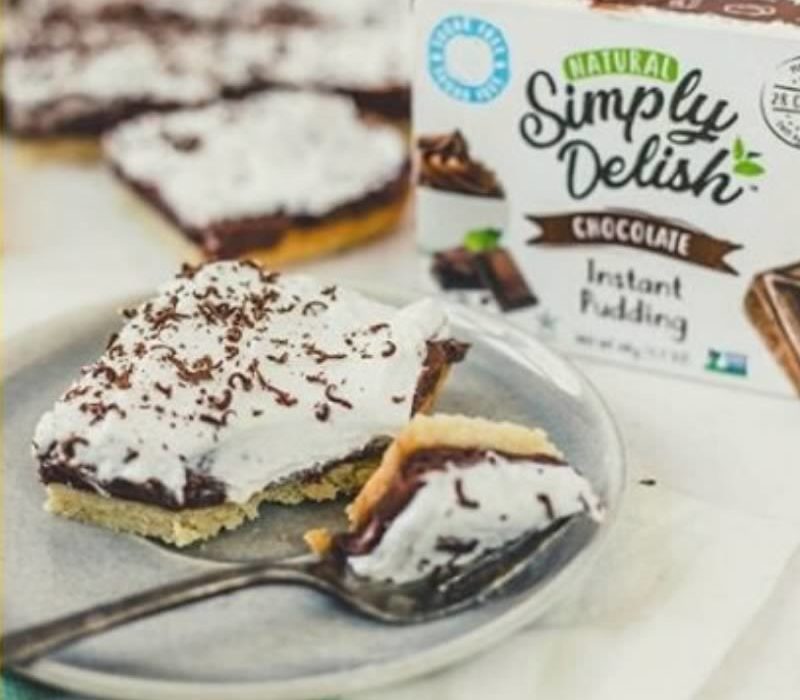 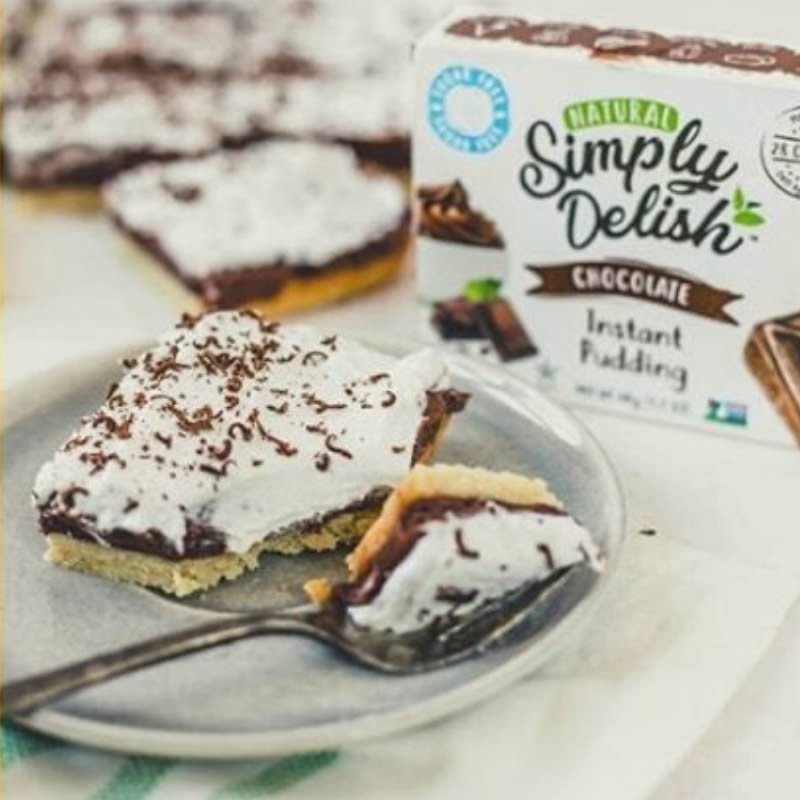 Preheat oven to 350 degrees F and line the bottom of a small 8×8 baking pan with parchment paper. To make the crust, combine the almond flour, sweetener, coconut oil, egg, and vanilla extract in a medium bowl.  Mix well and transfer to baking pan. Press the dough into the pan to create an even layer. Bake for 15 minutes, until set and golden on the edges. Let cool completely before handling.

Beat the sachets of pudding mixture with 2 cups of milk using a handheld or electric beater for 2 minutes. Place in the refrigerator to cool and set.

For the coconut whipped cream, open the chilled can of coconut cream and scoop the solid coconut fat from the top into a mixing bowl. Break it up slightly with a fork, and then whisk the coconut fat until stiff peaks form 2-3 minutes.  Add the sweetener and vanilla extract and whisk to combine. Place in the refrigerator to set and cool.

Note: for best results, use a coconut cream that does not contain guar gum or any type of filler.